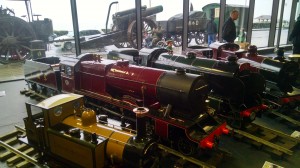 Model heaven takes over the Brighton Centre over three days this weekend. Smells of glue, engines, steam and grease, sounds of whistles, engines, carousels and talk, with lots of painting and the chance to have a go. 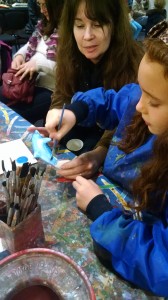 The venue’s full of families, children and grown up enthusiasts for everything huge, heavy and complex in the world taken down to detailed miniature scale. 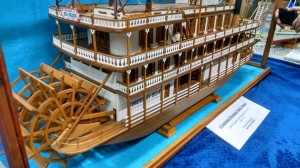 The biggest – the big Tamiya Truckin arena, the sit-on steam train rides and the Titanic launch, and I loved the western town Broke Brick Mountain display and Turner’s Folly, a beautifully detailed and lit railway world. 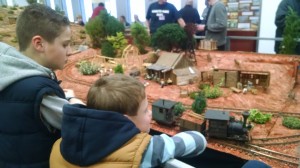 The tiniest – Lakeside Park, the smallest train gauge in the world . A tiny vista of finger-length trains in a perfect little landscape, with free magnifying glasses for children.

Lots for Doctor Who fans; a Tardis set that’s featured in a fan film and BBC specials, with a flock of Daleks, an interactive console and 1960s roundels for that authentic look. 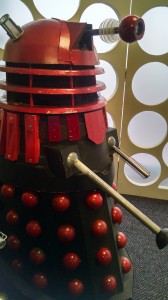 My only reservations were with the venue itself, with some occasionally dingy, murky lighting, especially where the odd ceiling light had failed and stands weren’t as well lit as they might be. The catering didn’t impress, so we headed out to Costa’s at the cinema for breaks.

If you want your sons and daughters to get into STEM subjects, this is a great place to start them off, with science and technology all presented as fascinating and fun. Trains and boats and planes, helicopters and cranes, miniature lit-up fairgrounds, dolls houses, caravans, dinosaurs and more trains – there really is something for everyone.

Dramatic sight of the weekend? We happened to be outside on Saturday evening at just the right time to see the traction engine outside steaming off silhouetted against the sunset clouds – a Turneresque finish to the day.

New courses in Brighton and Hove

Skills for artists in business

New courses in Brighton and Hove

Skills for artists in business

As an artist you’re also a business person, and the ability to stand up and speak in public is a vital part of your personal and professional toolkit. You may need to promote your work, or to pitch for funding – yet so many people find public speaking difficult.

These skills really can be learned.

An introduction to presentation and public speaking skills
Ideal for beginners, for brushing up the basics and for the nervous speaker

Learn how to master your nerves, develop a strong voice and compelling personal presence and deliver your message with style

Alex Grey’s new exhibition at the Hop Gallery in Lewes 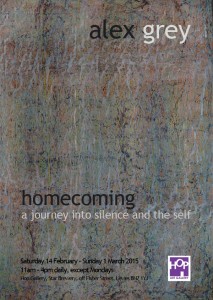 Alex Grey’s new exhibition at the Hop Gallery in Lewes

The exhibition continues daily (except Mondays) until Sunday 1 March, from 11am to 4pm

A photo essay on
Brighton and Hove
by
Bernard J Webb 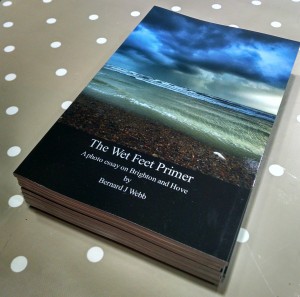 The smell and flames of a log fire outside in the freezing air welcomed us into the mews home of the Naked Eye gallery, where we were guests at the private view for Bernard J Webb’s photo essay on the city of Brighton and Hove. 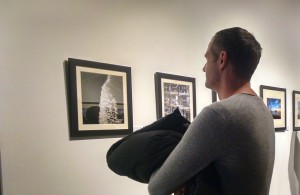 Webb presents mono and colour impressions of the sea, sky, light and iconic shapes of the city in a mostly sombre, near-deserted wintry mood.

It’s mysterious and enigmatic work, dwelling on threatening clouds and waves, shape and form. The few people are shadows, silhouettes and a swirling blur, but this show isn’t about the people, it’s about the sea and the sky and the works people leave. 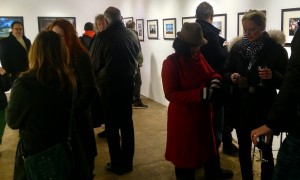 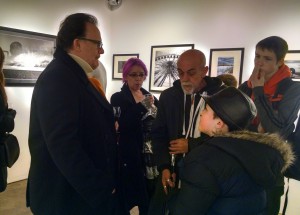 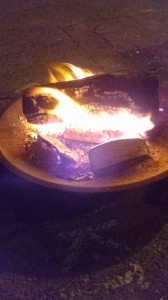