Thoughts from a weekend visiting Made It; the 2015 University of Brighton graduate art show 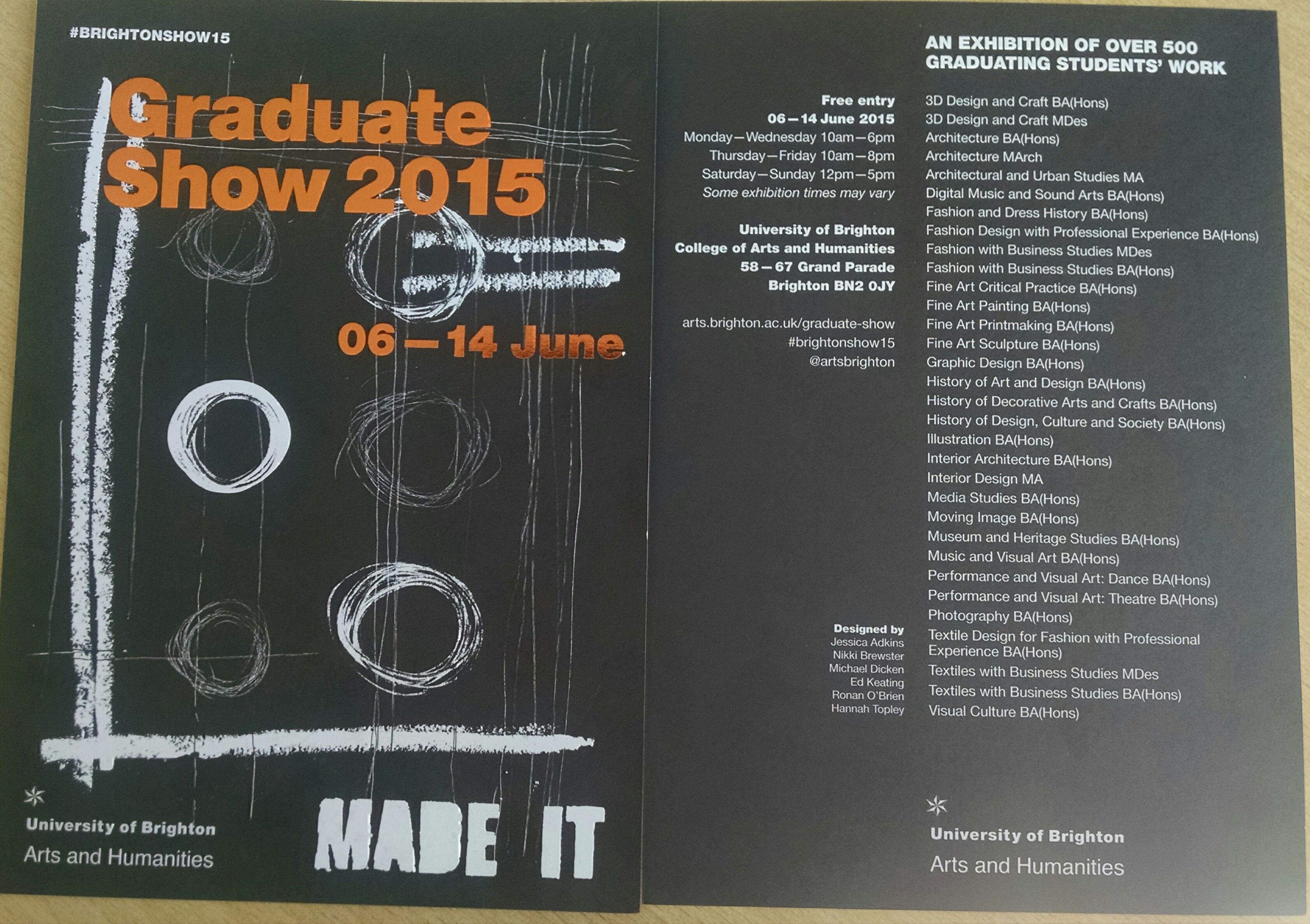 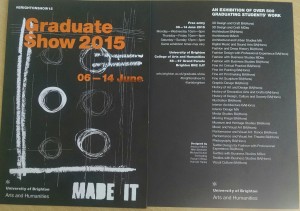 Thoughts from a weekend visiting Made It; the 2015 University of Brighton graduate art show:

It’s Saturday afternoon at the beginning of the Show, yet the university isn’t Tweeting or reTweeting. For an organisation launching inexperienced artists into a saturated market, isn’t this a significant missed opportunity to promote?

If you’re looking for drawing, painting, print, graphic design, sculpture, 3D and illustration, you’ll find them all and more represented best in Fashion and Textiles, rather than in their dedicated courses. 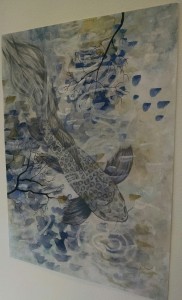 Clear, focussed research into themes and their execution – and exuberant flights of fancy in texture, colour and detail. Many of the designs, prints, swatches and experimental knits are covetable works of art in themselves. 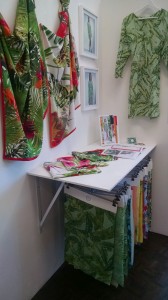 Tellingly, these courses also feature Business Studies – but why does the University itself describe this as ‘a rare mix’ in its prospectus entry for the course? All their courses should prepare students to survive and prosper in the real world.

Digital sound and video showcase enigmatic film, fragments and noise – the digital game, sound and SFX professionals of the future practising their scales in public.

Some fascinating models and plans 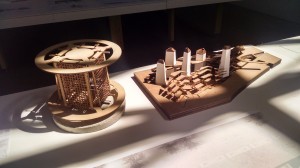 As ever, much is mysterious and enigmatic; ideas are pursued down the rabbit hole and the results and ‘outcomes’ described in the most impenetrable of artist statements.

A selfie-obsessed extended childhood stretches across the borders, making it often difficult to tell which discipline you’re in.

With the pushalong toys, budgies, pink fluffy soft fake fur, glitter, giant Quality Streets and a big straw hut, there’s an ephemeral child-like theme in the Sculpture room – at least the boat is a full size outline of a Viking longship, to add a bit of ballast. 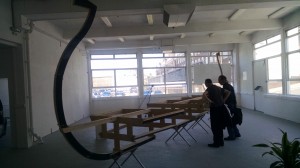 The back to the womb tone continues in Fine Art Painting and Performance & Visual Art, where things are happening in soft pink or dark little rooms; ballooning clown shapes and comforting wraps dominate the Fashion show and there are pompoms, a pink fluffy bathrobe and several projects about childhood bedrooms in Illustration and Graphic Design.

In something of a contrast, there’s also quite a penis fixation this year – painted, sculpted, papier mache, joky bananas and bracelet charms … I took to playing ‘where’s willy’ as we visited each room, and can’t help wondering what’s been happening here recently … 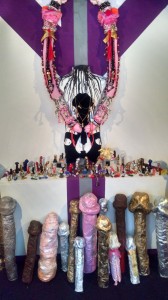 Students are allowed to produce video and performance work of a standard that would not get them cast or hired in the real world and it’s difficult to imagine what a cinema and theatre-literate audience makes of them. They need to know how to write, use a camera, produce quality sound and speak and move on screen and it looks like they aren’t being taught how. The answer ‘but this is performance art, not theatre or film’ doesn’t cut it in the real world.

So few of the artists’ statements and name labels include Twitter, Linked In, Instagram and website details, and there are few business cards around. One student is showing a brilliant commercial idea – yet told us that he has no business plan, funding or online presence set up over his final year ready for graduation into the real world.

Preparing students for practice and business in the real world should surely include highlighting the importance of networking, personal brand and online presence, as well as the business plan and essential funds.

Utterly loved the budgies and went back to say hi again. 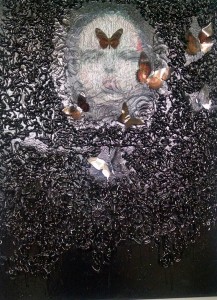